One of the perks of attending GDC 2019 with a Media badge was that they added me to some sort of mailing list that’s been receiving press kits and closed beta offers ever since. I usually stream said closed betas on Twitch, and every so often one of them leaves a real impression and really makes me look forward to when said game comes out. Rocket Arena hit the latter category with aplomb.

Rocket Arena is a mobility-based arena FPS where the players have Super Smash Bros-style health bars. If you take too much damage, you’ll get blasted into the skybox and have to reposition yourself on the perimeter of the map to push your way back to the objective, and there are a number of different heroes to play as (We had six to choose from during the closed beta, and they added 2 more as of E3 2019). The core gameplay loop is honestly one of the best things I’ve seen in a brand-new IP, with a very fresh take on combat that eliminates death and hitscan bullets as mechanics, which adds a level of continuity and prediction that greatly increases the game’s skill level. Every character has tools that reward smart play, and I was repeatedly defeated by opponents who outsmarted me by making better use of the environment.

There were 6 different maps we played during the closed beta. All of them had lots of verticality and very well-defined artstyles that made them stand out from each other. Jade Temple was probably my favorite due to having a bottomless pit in the center and two Jaguar statues that carpet-bombed the midfield when either team triggered it.

As previously mentioned, every hero used projectile-based weapons, and once again the devs did a great job ensuring every playable character had a different playstyle and excelled in different situations. Everyone can double-jump and had multiple mobility tools at their disposal, which means a large part of the gameplay is setting yourself up for success by choosing the proper fight or ensuring you have the right abilities on cooldown when you get ambushed. My personal favorite hero was Amphora, who can morph into a manta ray to deal AoE waterspout damage and whose bubble blaster comes with an alternate fire that shoots 3 homing bubbles. Overall she’s great for comboing damage with herself and feels like the ‘noob-friendly beginner hero’, but I have no shame.

There were five different game modes; 4 PvP and a PvE mode where you fought overwhelming waves of robots Killing Floor 2-style. Rocketball was far and away my favorite of the game modes, which basically played like Push from Team Fortress Classic but worked far better with all the mobility tools at everyone’s disposal. I was less enthused with the other game modes, which seemed prone to snowballs where the winning team would just win more until time ran out, but it’s likely this problem will sort itself out once the playerbase gets better at the game and we aren’t all testing it during the first ever closed beta. I also have to give mad kudos to the PvE mode for being an amazing tutorial for practicing new heroes and in general playing a more relaxing game. I have friends who always play the PvE mode in other games, like the lackluster ‘Vs. AI’ mode in Overwatch, and said modes are often pale shadows of the PvP modes the game mostly cares about. It’s really refreshing for a game to have a dedicated and well-designed PvE mode that isn’t just tacked on.

I had the pleasure to interview the UI designer, Gregg Metzler, at E3, where I learned they’re still hard at work adding new features. Both of the new heroes have very high skill ceilings, my personal favorite of the two was the gravity-based Flux, even if she had a Genji-level skill ceiling that I didn’t remotely meet while testing her out.

All in all, Rocket Arena was one of two closed betas I’ve played (the other being Overwatch) where the game was so solid that it feels ready for release. The art assets look done, the game feels done, I hardly saw any bugs, and there’s enough content to keep players entertained for a good long while as the devs release more. Rocket Arena will be coming to Steam as a free-to-play title later in 2019, and I’ll be keeping my eye on it!

A Fortnight in Minecraft 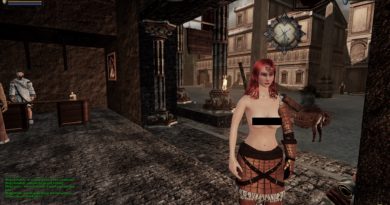